Fried chicken joints are like pigeons, post boxes and discarded copies of the Sunday Times in Joburg – they’re bloody everywhere. But quantity doesn’t always ensure quality and seeking out the best birds in town requires a little research. We put in the legwork and found the perfectly breaded and well-seasoned wonder in the heart of Melville. 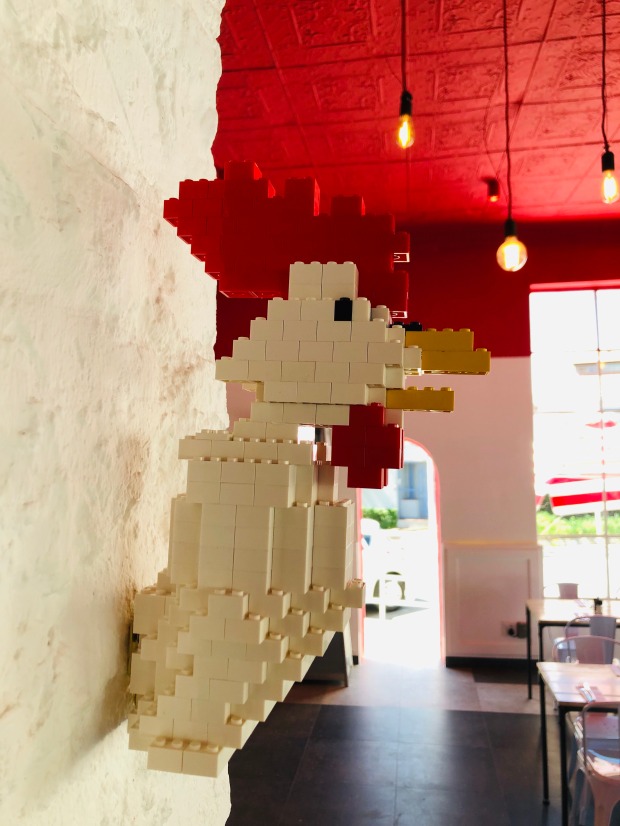 The City of Gold is flush with top-rate fine-dining restaurants, but let’s be honest – even we highbrow Joburgers like to trade white-linen tables for squeaky leather booths from time to time. Enter Winner Winner Jozi. In a city that constantly reimagines itself, this rad little chicken shop that’s just opened on Melville’s 4th Avenue reminds us that some things should never change.

Brought to us by the same team that opened Perron and A Streetbar Named Desire, Winner Winner Jozi doesn’t look like more than a casual American-style diner at first glance. But once you settle in and get acquainted with the food and cocktail menu, you realise it’s so much more. It’s greasy-spoon gourmet … fried chicken heaven for hardcore fans. Whether it’s twice-fried buffalo hot wings, southern fried chicken strips or a mountainous prego roll you’ve set your sights on, they’ve got you covered.

The social joint serves its fresh, free-range chooks in various forms – think buttermilk chicken poutine topped with feta and chicken crackling, flame-grilled chicken in peri peri or middle eastern marinade, and chicken and jalapeño croquettes with a coriander dipping sauce. In our humble opinion, nothing beats the Princess Laya-a burger though. Looking a bit like a Jackson Pollock painting sandwiched into a firm, bouncy bun, it comes with squirts of fiery wasabi kewpie mayo, Asian slaw splurging out and crisply bubbled batter coating the buttermilk-bathed breast meat. Just a heads up: This is mercilessly messy stuff, so don’t go dressed in your date-night finery! They also do a rockin’ Motherclucker prego roll steeped in Winner Winner prego sauce – and it flies out.

While it’s all about chicken and burgers, there are sides too, including mac ’n cheese with caramelised onions, cherry tomatoes and a panko breadcrumb topping plus mashed potatoes and gravy, pap ’n spicy sauce and fresh green beans. Don’t worry, vegans … this isn’t the only option on the menu for you. There’s also vegan fried ‘chicken’ and a Lyndsay Lo-hen burger – a mighty pile-up of spicy, smoky banana peels (vegan bacon) on a vegan brioche bun with lettuce, pickles, tomato and vegan BBQ sauce. 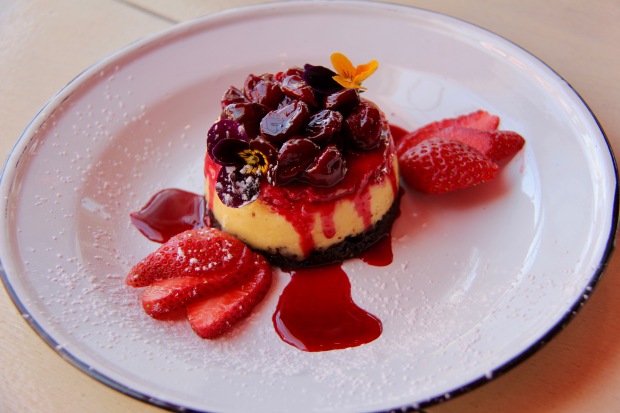 While Winner Winner Jozi has already established itself as a dude-food burger slinger with a cult following to match, they’re also up there with the best when it comes to dessert. We could point you towards their CBD-infused brownies, cereal milk panna cotta or sour cherry cheesecake, but the Snickers and peanut butter chocolate cake takes the cake (pun intended). On the cocktail menu, there are too many quirky tipples to mention, from the Drunken Kimchi made with pickled ginger and daikon to the Peanut Butter & Jelly Old Fashioned shaken with peanut-infused bourbon. The Negroni Sorbet with your choice of an MCC brut or Campari topping is something that everyone will enjoy. And at just R62 a pop, you can afford to sip on them on them all afternoon long … winning!